Have you tried new EMC Support App for Android ?

Have you tried EMC Support app for Android ? EMC recently released Android application for EMC Support which enables you to access Service Requests on the move. With this app you can view the status of EMC service requests anytime/anywhere. The app was only available for iOS (for iPad and iPhone) earlier, from July-2013 the same is available for Android users also.

Once installed, you have to enter the credentials (same used for https://support.emc.com) for configuring the app. You have to set a 4 digit lock code, which will be used for accessing the app later (no need for entering the support site credentials every time). 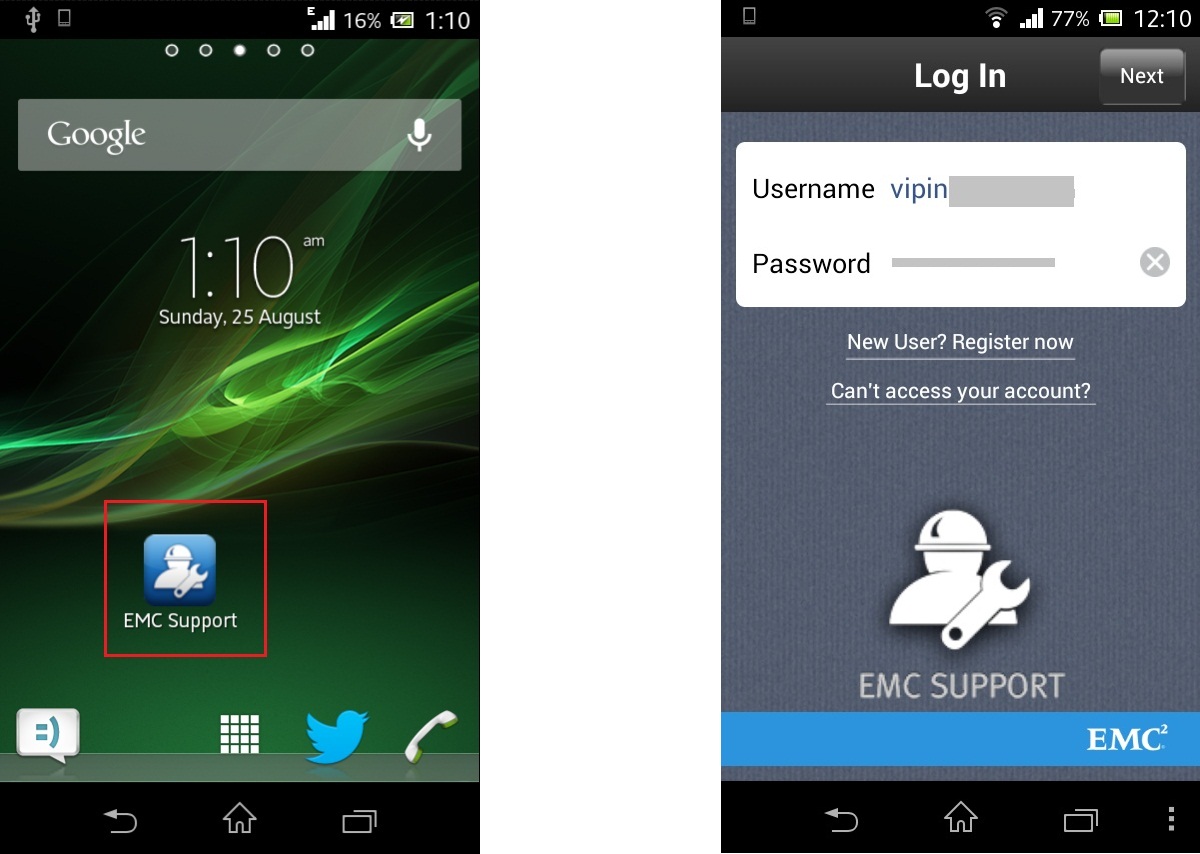 You will able to view the Service Request’s status once logged in. In the current version (v1.0.001) we have only read only access, i.e, we will not be able to add notes to the SR. In the coming versions we can expect this added feature as per EMC. (note : the below snaps are from Google play images, as I will not able to display my SR/Customer information here)

EMC guarantee the security of the use of this app with the use of certain encryption method used with this tool. We have to enter the Support website credentials for configuring the app and the communications between EMC and mobile app are done through secure, encrypted protocols as per EMC.  Application information stored in the phone are encrypted and the encryption key is not stored in phone. Also repeated attempts to access the app with invalid credentials will erase all the settings from phone and the app will be in the ‘initial installed’ state (ref : ECN document )

Thus the app will be very useful for EMC customers and partners  who will be accessing the Service Requests frequently. It is almost impossible for one to remain in front of PC all the time, right ?